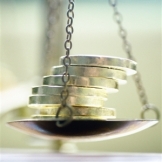 Crumbs off the table for low-income families with a 50 percent tax discount on the first 1,000 of interest earned on deposits, bonds, debentures and annuity tax rebate on previous losses for small business from 30 percent down to 28 percent.  Immediate write off for assets costing less than $5,000. Introduction of a deduction clause that will allow taxpayers to deduct $500 of work related and tax agent expenses from 2012-13. The allowance rising to $1,000 from 2013-14.

The 2012 budget presented by Australian treasure Wayne Swan is something of a guaranteed uncertainty based on the assumption china will still be purchasing Australia’s resources which is the only reason we as a nation can see any short-lived surplus to make these political parasites look modest in the public eye .

In the Budget wash-up:

Use the income calculator to see how this budget effects you personally .

Considering China’s major market is Europe & the continued financial deprivation in European economies we will indeed see a slow down of china’s exports, thus a slow down of Australian exports. Another preposterous move by treasurer Wayne Swan is to entice overseas labour to work in the rule mining areas, based on the mere assumption china’s exports will continue into the crippled European economies that’s on the brink of total collapse .

This 2012 budget has no mention of the carbon tax yet to hit us however admitted by Wayne Swan the crumbs he brushes off a table of deceit wont even keep up with inflation, so in retrospect this budget is only a sweetener or smoke screen to what is about to come in further cuts in future budgets attempting  to sustain a vital circulation, tempering all along the mathematical certainty of eventual monetary destruction ,gambling, then, on an unqualified assumption Australia’s resource sector will prosper even further trading with china on the back of an economic recovery in Europe, which is mathematically impossible.

2) Price Inflation: On a whole is caused by interest itself imposed on all our business & commerce, where businesses have to raise their prices to meet their own debt obligations to a bank.
There are exceptions to price inflation in isolated cases if a particular product is in short supply the price will rise as opposed to a product that is abundant in supply its price will fall.

One has to comprehend all today’s tax’s ( extortion ) goes to a bank to pay for unnecessary national debt, either to fund national infrastructure or by a far greater crime where our politicians attempt to re inflate circulation by periodically borrowing back at further interest all the principal & interest we have paid out of a general circulation on all our own personal but falsified debts to the commercial banks & any surplus Australian government representatives claim to have achieved past & present is primarily due to the tax’s collected on mining, industrial resource sectors & the blatant sell off of our natural resources & national infrastructure just to pay a bank, who risks nothing commensurable of its own , the chump change left over however is a surplus if any.

Most if not all national debt is only borrowed to re-inflate circulation, thus multiplying debt into terminal sums of falsified debt, where it’s mathematically impossible to pay down , the very evidence of this is increasing national debt which is a sum of circulation ( interest & principal ) that has been stolen from us over the years, only to be loaned back as terminal sums of national debt , if we allow these cycles of consolidation by artificial indebtedness to continue we will wake up one morning very soon to realize we have been dispossessed of all our property & wealth public & private .

We can buy the lies of political deception in the video below or we can take note of a fact of the only mathematical proof of solution that proves & demonstrates these crimes against us are by those who are in clear breach of trust working for banks (not the people), the choice therefore is yours & yours alone Australia to make a stand against these tyrants of betrayal.